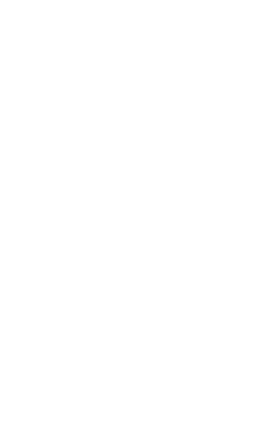 A special lecture was organised by the Department of Sociology on Swami Vivekanandas Social Thought  at R.N. Tagore Hall of the institute on 4 th January, 2018. This programme was held under the presidentship of Sri Sujit Kisku, Officer-in- Charge, Govt. General Degree College at Gopiballavpur-II; Swami Shantisarupananda Maharaj, Ramkrishna Ashram, Kuthighat, was the Guest Speaker of the programme and Sri Aloke Mandal, Assistant Professor of Philosophy was another notable Speaker.

The programme was started with deep reverence towards Swami Vivekananda by garlanding the portrait of this revolutionary figure.

Then the President, Guest Speaker and other dignitaries were received with flower bouquet which was followed by the inaugural speech of the President.

Dr. Arup Palmal, Assistant Professor of Bengali conducted the whole program and his warmth voice and frequent recitation facilitated to reach its success at its peak.

Both the distinguished speakers highlighted the life of Swami Vivekananda, his contribution to the Indian society and relevance of his philosophy in current society. They motivated the students, the future generation to know his ideology and follow his path.

The programme came to an end by the vote of thanks by the organiser, Mr. Palash Mandal, HOD of the Dept. of Sociology following by the National Anthem. 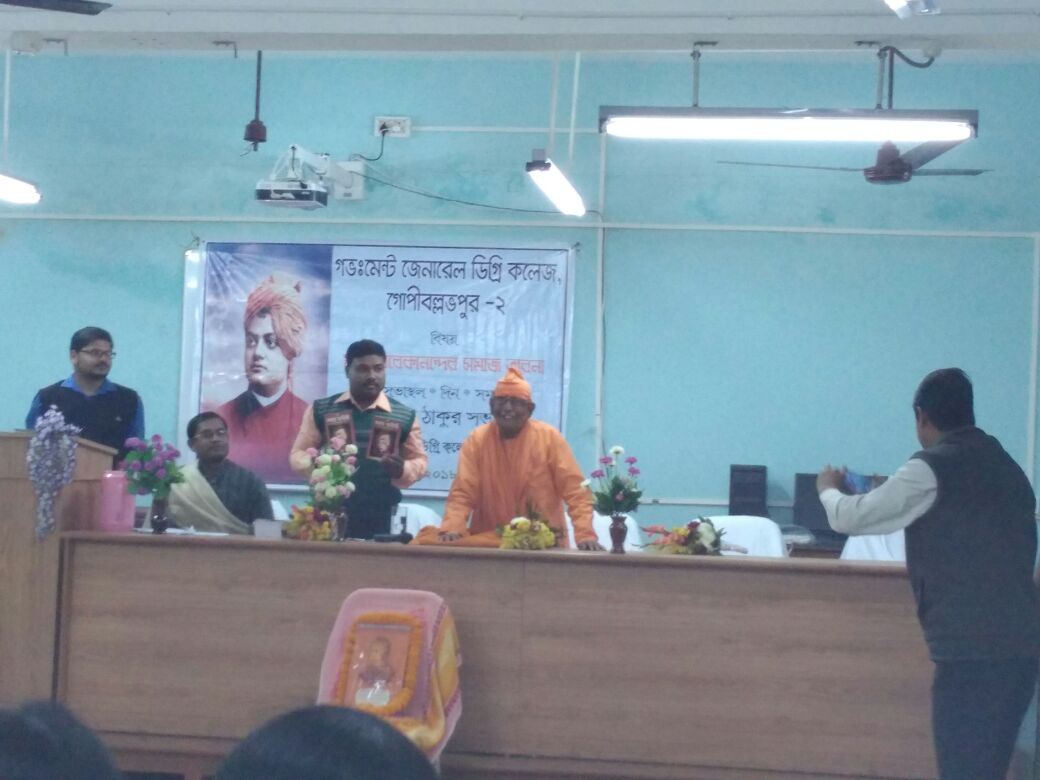 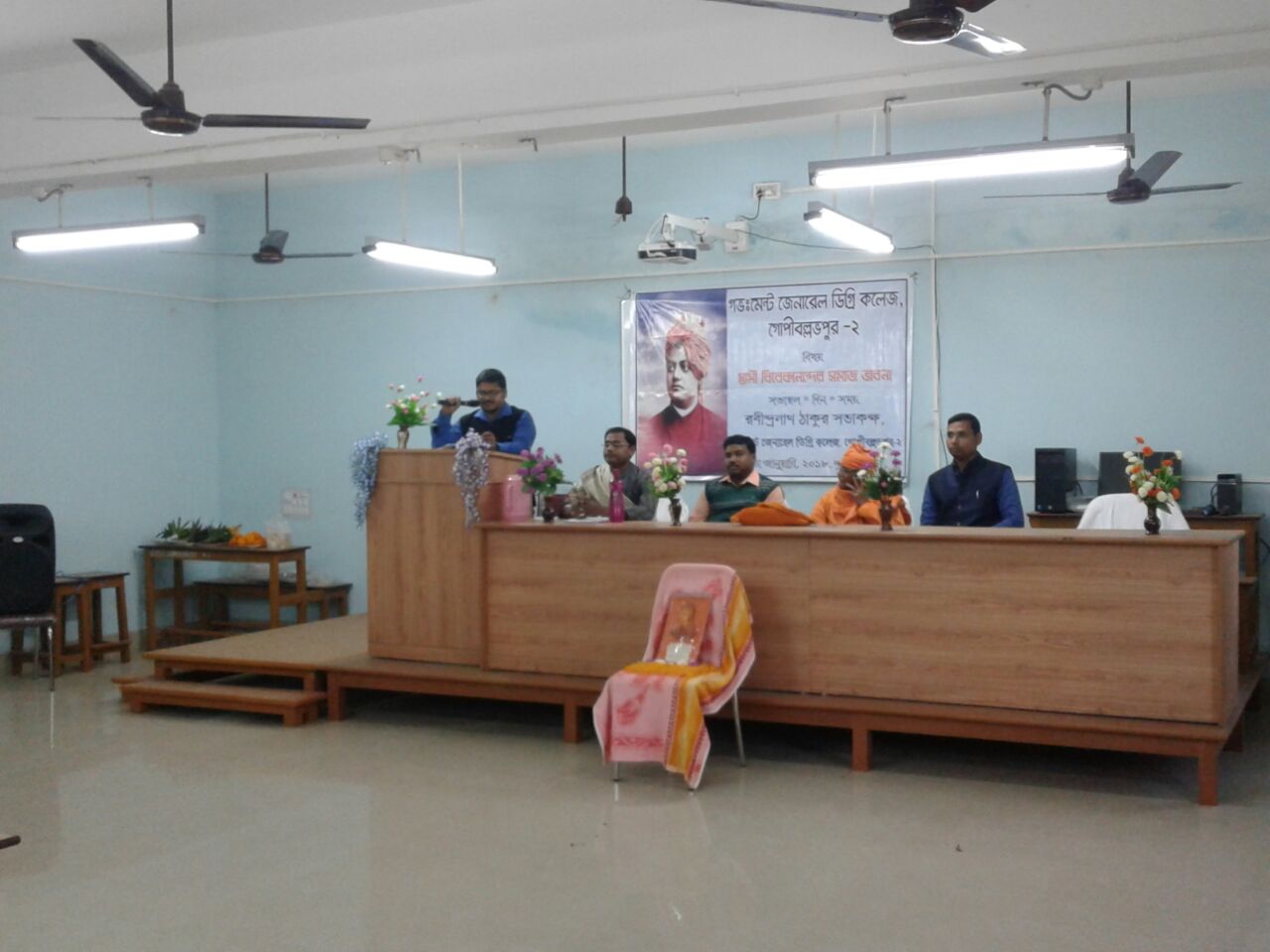 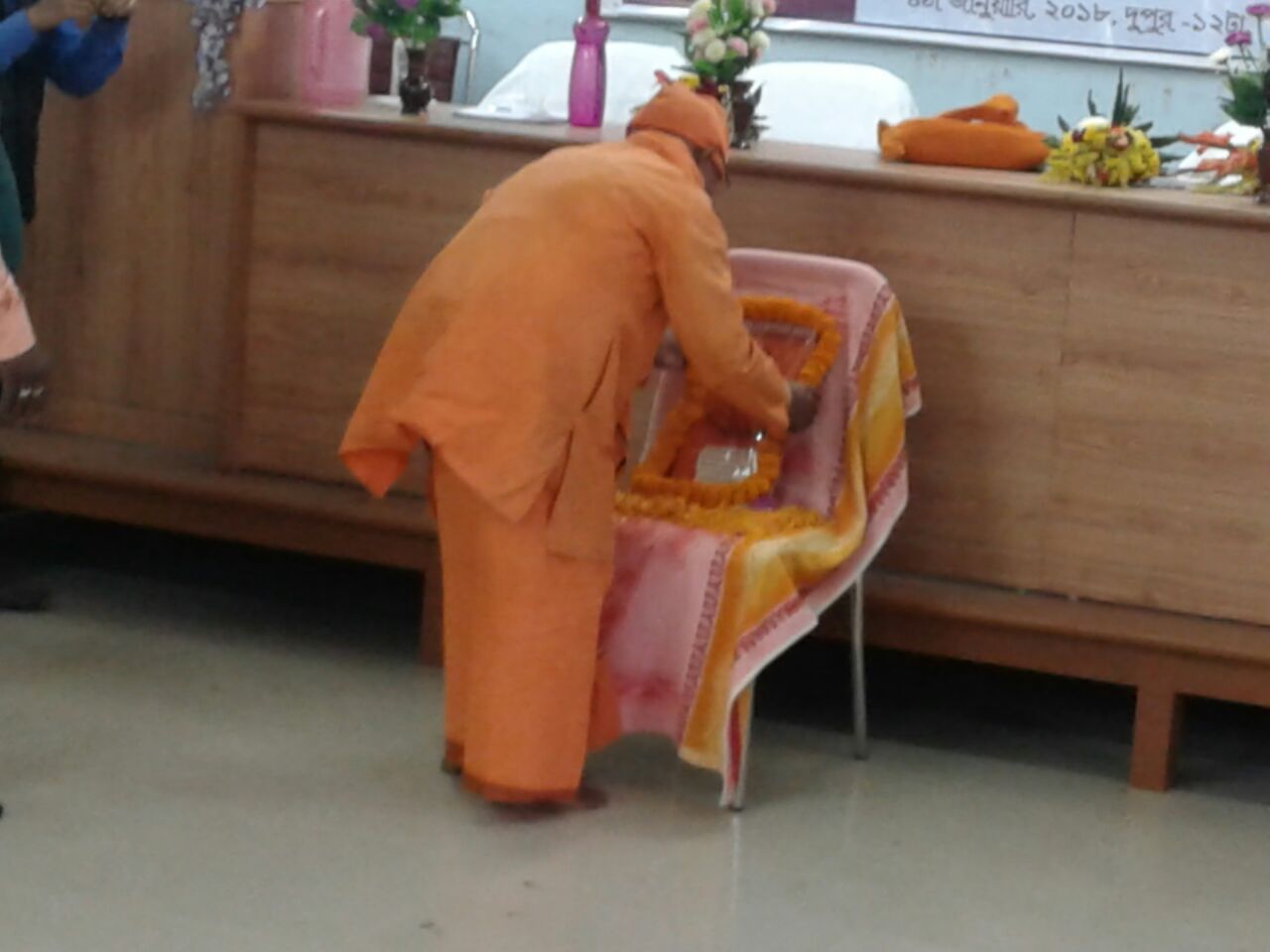 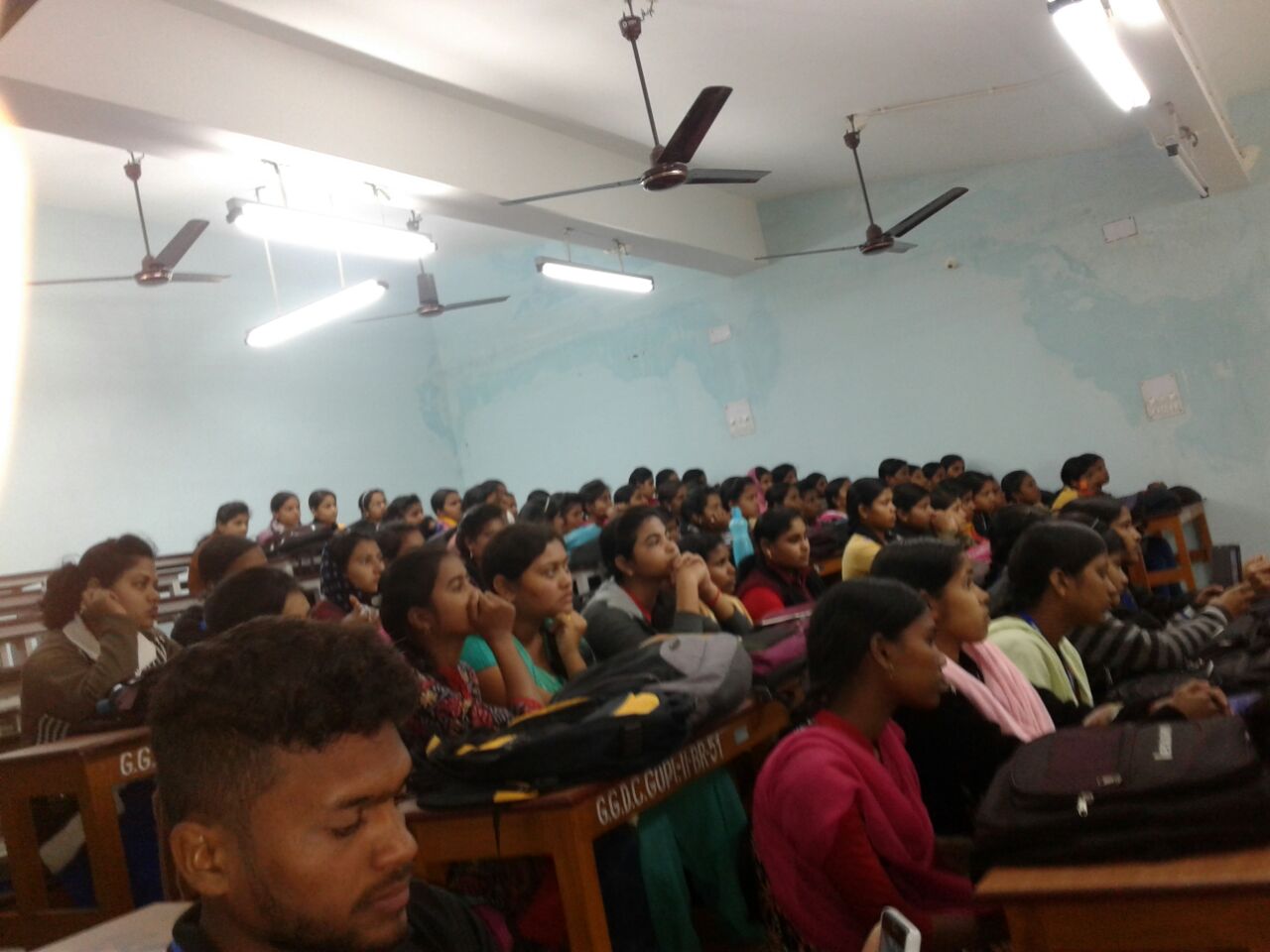